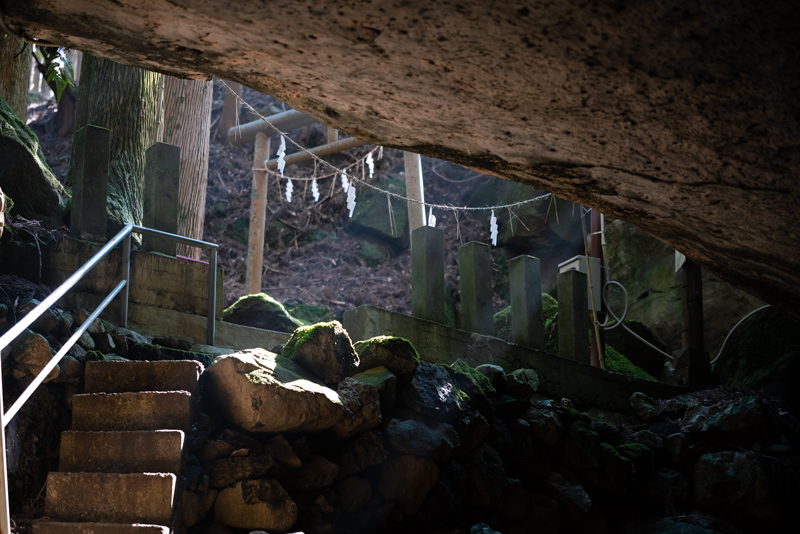 The sun shines into the cave only in the morning. Even though there is a light that illuminates the chamber for 30 minutes with a cost of 200yen, it is safe to have a flashlight with you in case it goes off.

A cave with a legend of a monster serpent

The deep cave behind this shrine was once said to be the home of a monster serpent. The legend says that it was turning into a young man at night so that he could visit his princess in love. A descendant of their love child became a warlord who ruled this land according to the Heike Monogatari written more than 700 years ago.
People believe that a pebble in the serpent’s cave will deliver babies if you take it home with you. But make sure to come back to pay your respect and return the stone after fulfillment. The shrine is also believed to bring good fortune in love. 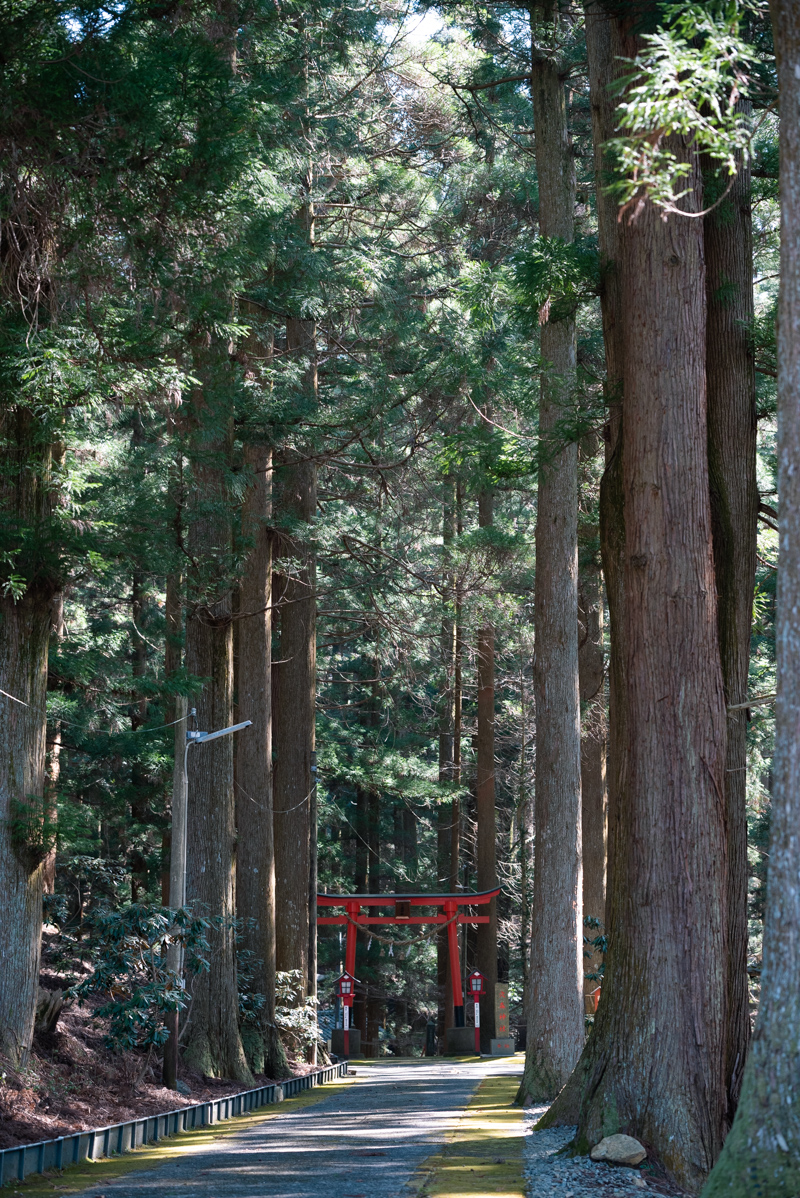 The shrine stands quietly in a deep forest. 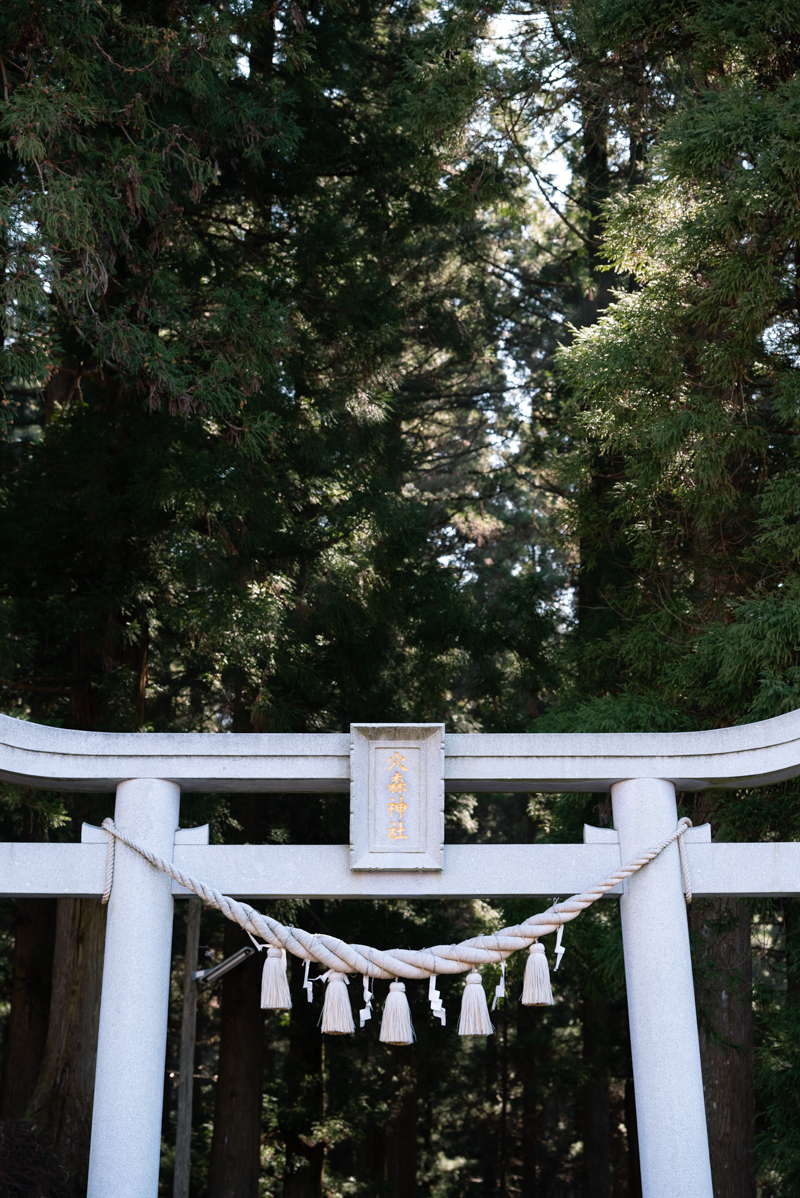 The breathtaking contrast of the dark woods and the white Torii 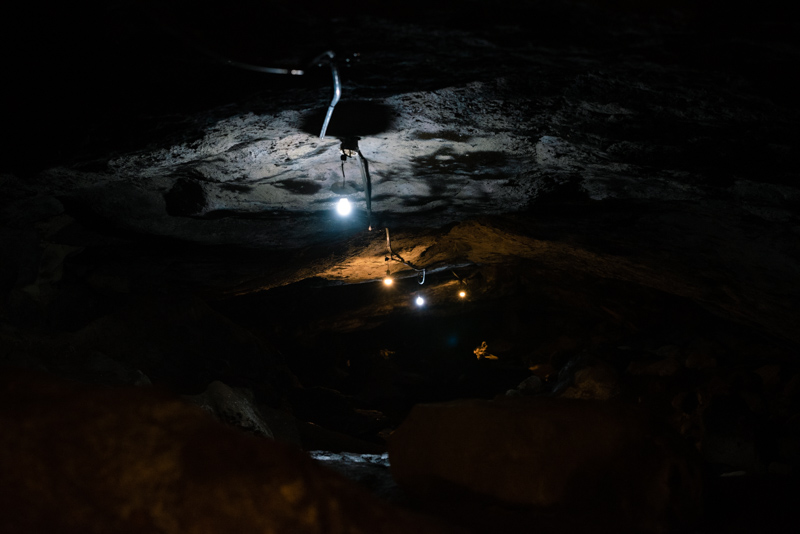 The way forward by crouching in the depth of the cave 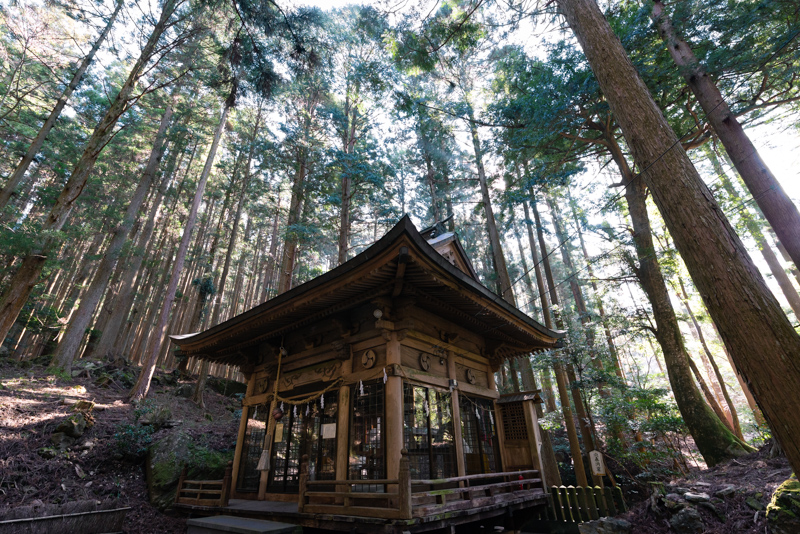